This is an App I had been really excited about and had been counting down the days until the release. It seems that a lot of people were as the release date kept being put off and when the time came the systems were overloaded and it took repeated attempts to download it.

However, after all the fuss the App didn’t live up to my expectations. Having a mac and refusing to install Windows on Bootcamp I was looking forward to have this access as well as free copies of Office Applications.

The main issues I found was that the quality of the Applications wasn’t that fantastic and at times extremely pixelated. I also found the App prone to crashes and also it is impossible to transfer documents created between this and other Applications as you would with other document creators. It is also impossible to open files from emails, a feature I often use with Pages Application.

For now I will stick to my mac and Pages/Keynote on my iPad. Perhaps the App will improve into the future. Overall it is a great concept it just hasn’t worked to it’s full potential.

The App is free and it can be Downloaded here 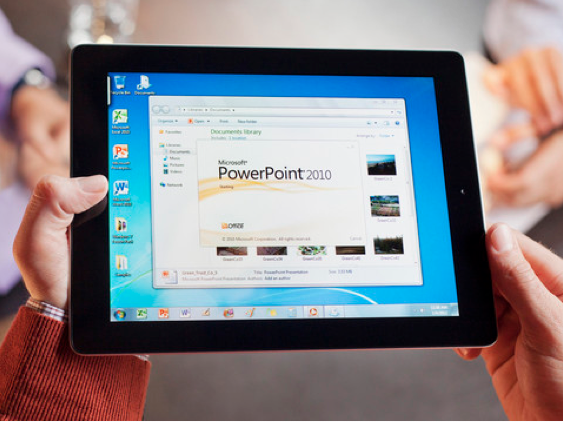