Shazam is an oldie but a bestie. Have you ever heard a song on the radio or in a store or on the tv and spent ages racking your brain trying to remember what it is called and who sung it ? Well if that’s you then you totally need this App. It is also great if you suddenly hear a song you love that you want to look up later.

When I got my first iOS device Shazam was one of the first Apps I got and it has been on any other device I have gotten ever since. Amongst my friends the App is now associated with the phrase ‘Shazam it’ just like you would say ‘Google it”. All the App needs is a few seconds and it will either identify the song or not have a clue about it. I have found that 9 out of 10 times the App usually finds my song and my taste in music is not exactly the type you would hear on the radio.

Once a song is ‘Shazamed” you have the option to share the result, download the song on iTunes or view the music video. For demonstration purposes I must admit I just tested out the App while watching the X factor and it was able to tell me what the song was and what episode of X Factor it was from. Impressive given that the show is currently live and not recorded.

The App also keeps a record of all the tags so you can search songs you looked up earlier.

The best news of all is that the App is totally free and can be downloaded here. 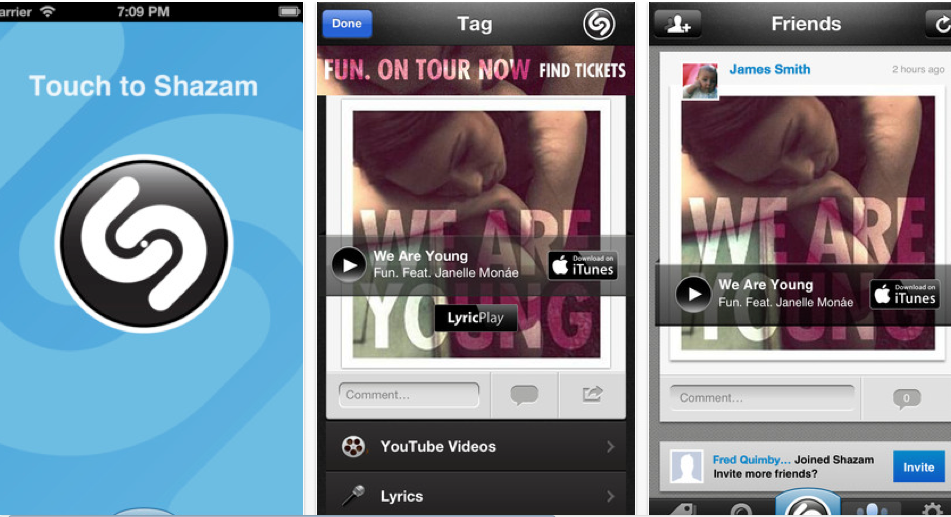