I hadn’t been to BETT since 2015 and back then I was left feeling a little overwhelmed by the whole thing. There were an awful lot of attendance apps that year and I recall very little else!

Not having been there in 2016 I decided to attend again this year and really enjoyed the trip. There were a lot of virtual reality, augmented reality and coding based stall and products so I was immediately drawn in.

I picked up some great tips and explored some great new coding accessories. One of my favourite new finds is Marty the Robot who even took the time to shake my hand.

There was a lot of great representation from big tech companies like Google, Microsoft and of course Apple but it was also a great platform for new startups. One being Tip Tap Tap which I had heard about during completing my MA in E-Learning last year but it was great to see it in ‘real life’.

As always I came home bursting with ideas and while my bank account isn’t deep enough to fund a lot of them others like Meetoo will definitely be making an appearance in my classroom in the very near future. 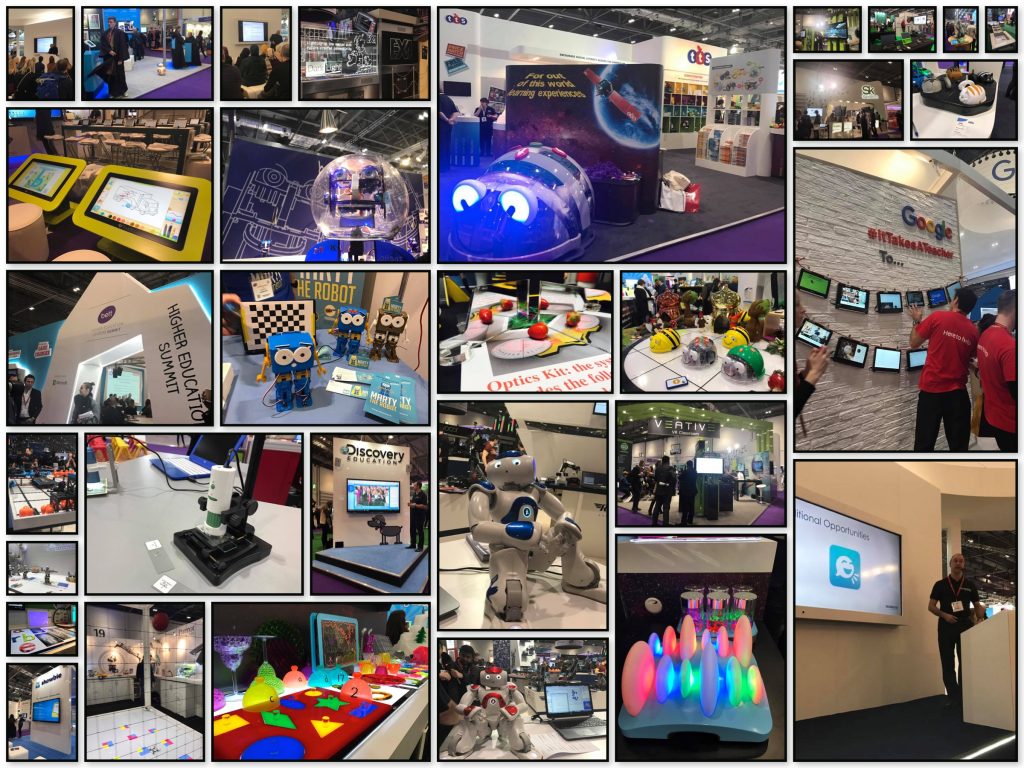 Selection of what was found at #BETT2017