Last week I spent  5 days at the Apple Distinguished Educators event in Cork Ireland. Apple Distinguished Educators (ADEs) are part of a global community of education leaders recognised for doing amazing things with Apple technology in and out of the classroom and this time I was lucky to become part of this community. Apple only accepts applications every other year so I was more than happy to be accepted first time round.
This wasn’t my first institute as last year I was lucky enough to be part of a team filming their Global Institute but this time was a much different and even more exciting experience.

Arriving on Sunday I quickly checked in and got my name badge and the famous ADE passport. ADE passports are used to collect stickers of those attending the event. The idea is to socialise with someone then exchange stickers. This was a great conversation starter and also quite a challenge as there were a few ‘rare’ stickers to find including a mysterious green sticker and finding the sticker from the one and only ADE from Turkey. I was also set a challenge when I met two guys called Nick and after placing their stickers side by side I was put on an mission to find a third guy called Nick. I was lucky he found me first! By the end of the event I had collected 133 stickers, I didn’t manage to get everyones but am happy with my achievement. Due to living close to the institute venue I offered advise on weather and clothing. 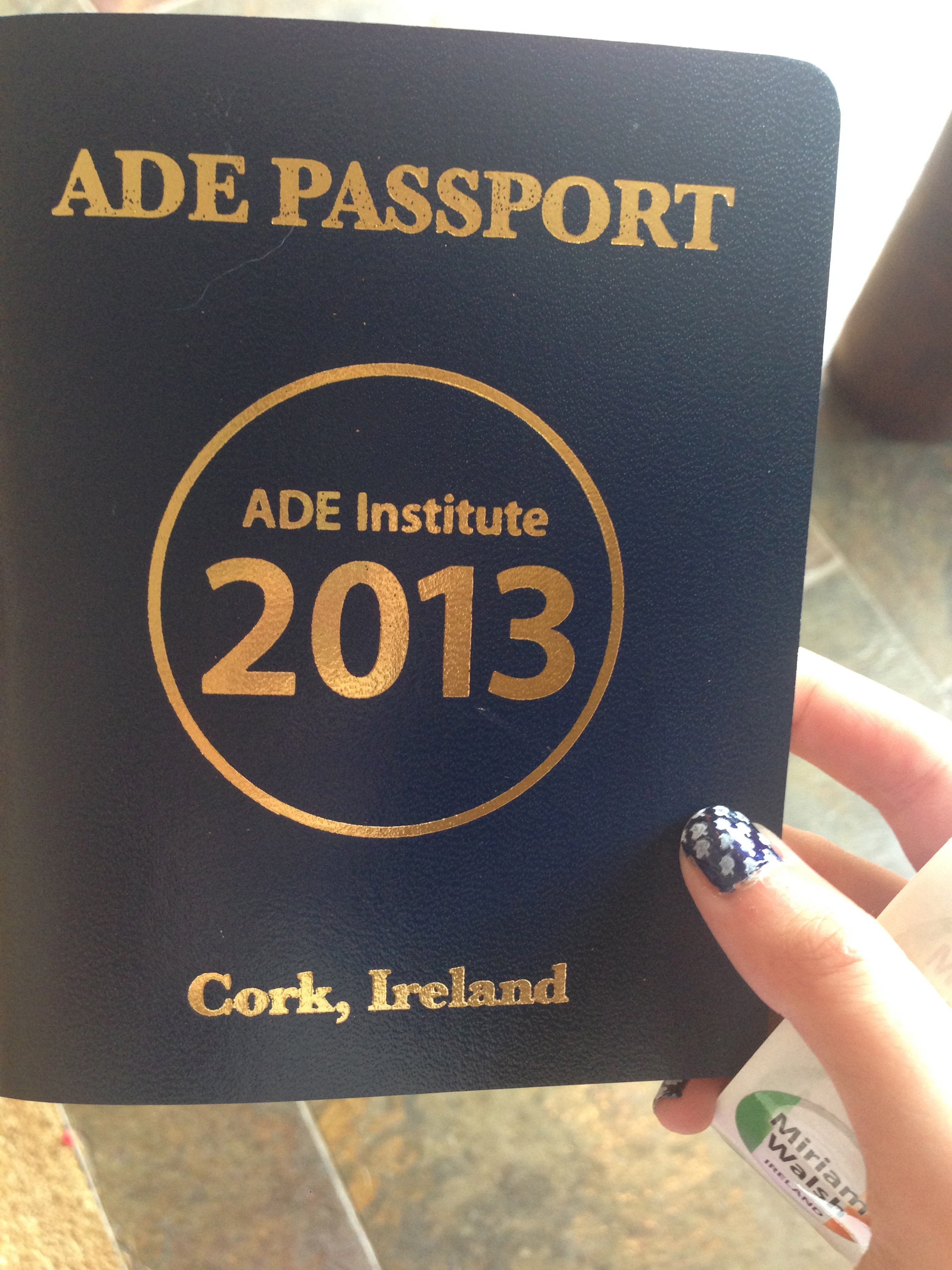 Soon after checkin I had my photo taken by Pulitzer Prize winning Photographer Bill Frakes (http://www.billfrakes.com/) I can use the picture for future events and social media platforms. I later attending workshops where we received advice and info on taking great pictures. While having studied photography as part of my degree I did know some of this info I still learnt a lot and am already taking better pictures and was also recommended great Apps including Snapseed. 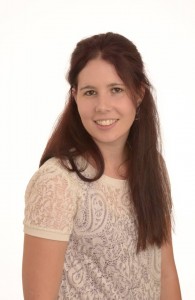 Other guest speakers included Nancy Duarte (http://www.duarte.com) who spoke about design and presentation. I found this to be a very valuable discussion and as a result even changed around a presentation I would be making later that day. My task over the next few days will be to read her book Resonate. 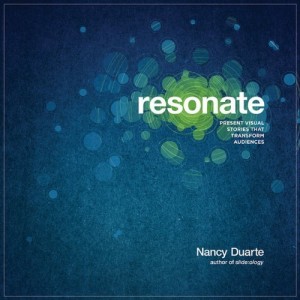 One of the highlights of the institute was meeting and taking part in workshops by Improv speaker Rebecca Stockley (http://improvlady.com) Improv was never something I enjoyed and was usually something I avoided but I put that down to having terrible improv tutors in the past which usually result in people feeling stupid. It is amazing how this can be off putting but Rebecca Stockley totally changed my attitude and outlook on improv and it will be something I will definitely use in the classroom I just hope I can be as good at it. My favorite this was something she called The Failure Bow. When you mess up don’t be ashamed just raise your hands and go woohoo! I am so lucky I have not had work this week because I have been taking the failure bow multiple times a day it keeps my cats amused! 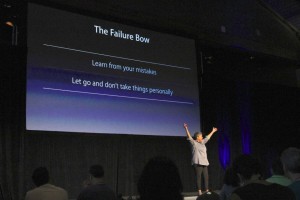 On the second night I presented a keynote on iTunes U in front of all the ADE’s. I am lucky that my college has an iTunes U site and encourage others to set up one also however often I am given excuses such as it being too expensive, or taking too much time etc. I used my presentation to try and convince people to take the plunge and do it a few ADE’s approach me after and I hope to see iTunes U content from them in the future. We had just three minutes to present on our given topic and after such time was up you had to stop. This was illustrated by a big red countdown timer. I was sure I would be taking the famous Failure Bow but was lucky and got it right on time. This was an excellent learning experience both in public speaking and time management. City of Cork VEC can be found on iTunes U HERE 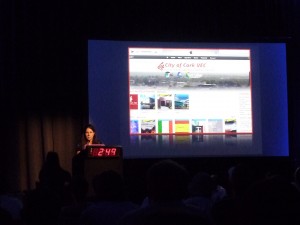 Another great feature of the week was the presence of The Lennon Bus (http://www.lennonbus.org/) watching how they engage students in creating music was incredible. My only regret is that they visited Cork in the summer as I am sure some of our students would have loved it. 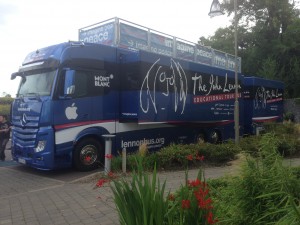 Throughout the week we also had the chance to meet experts and attend workshops featuring many applications including Keynote, iTunes U, iOS and many more. We also had a developer event where developers gathered around displaying their Apps and giving us info on them. The App developers present at the event included the people behind Shakespeare in Bits and many more. Similar to the idea of gathering stickers from fellow ADE’s we had to gather stamps from the developers. Each stamp led to a clue and the first three people to solve it won a prize. Of course I had to be the 4th person to post the answer! You may be wondering what the answer is but I will let you figure that out! Clue – what are ADE’s… 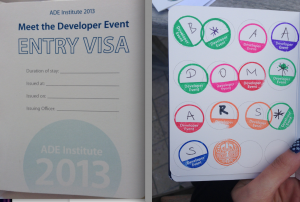 The most valuable experience of the week however was forming planning groups through which we now have contacts to work with and create projects with in the future. In my group the ADE’s I worked with were from India, Italy, UK, Sweden, US and Germany. We all have very different experiences and learnt a lot from eachother. I look forward to working with them again. As well as being part of this group I also worked with my fellow Irish ADE’s in planning what we will do as a group within Ireland.

Personally I felt I learnt a lot from the week. I was never one for improv and found brainstorming to be a waste of time but spent a lot of time on both and plan on using both in my classroom. Brainstorming can be pretty and I like pretty things. I also found a very cool App called Mind Note that really helped me gather my thoughts when I was planning my projects. My head was a mess so now I have a wonderful colorful mess of a diagram. Imagine that such a colorful creation was splashed across my brain no wonder I was confused! 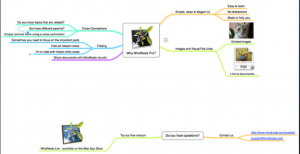 It has taken me a few days to reflect and write this and to think of how different an experience it was to my classroom. I am used to being in a situation where all my work colleagues are a lot older. Many have no clue about or even have any interest in learning about digital technologies so conversations are wasted. Those that do are often pre-occupied with grading, budget cuts and getting students taught. This week has however showed me that we can teach more effectively using technology and devices. Education can be accessible and can be interesting we just need to take the time and have the interest in moving forward ourselves before we can bring our students on that same exciting journey.

Overall the week was a valuable experience during which I learnt more than I did during any other teacher training event. This could not have happened without all the participants and most definitely could not have worked without Apple.

I now leave with ideas for exciting new projects and look forward to attending future institutes and am proud to be part of Class of 2013. 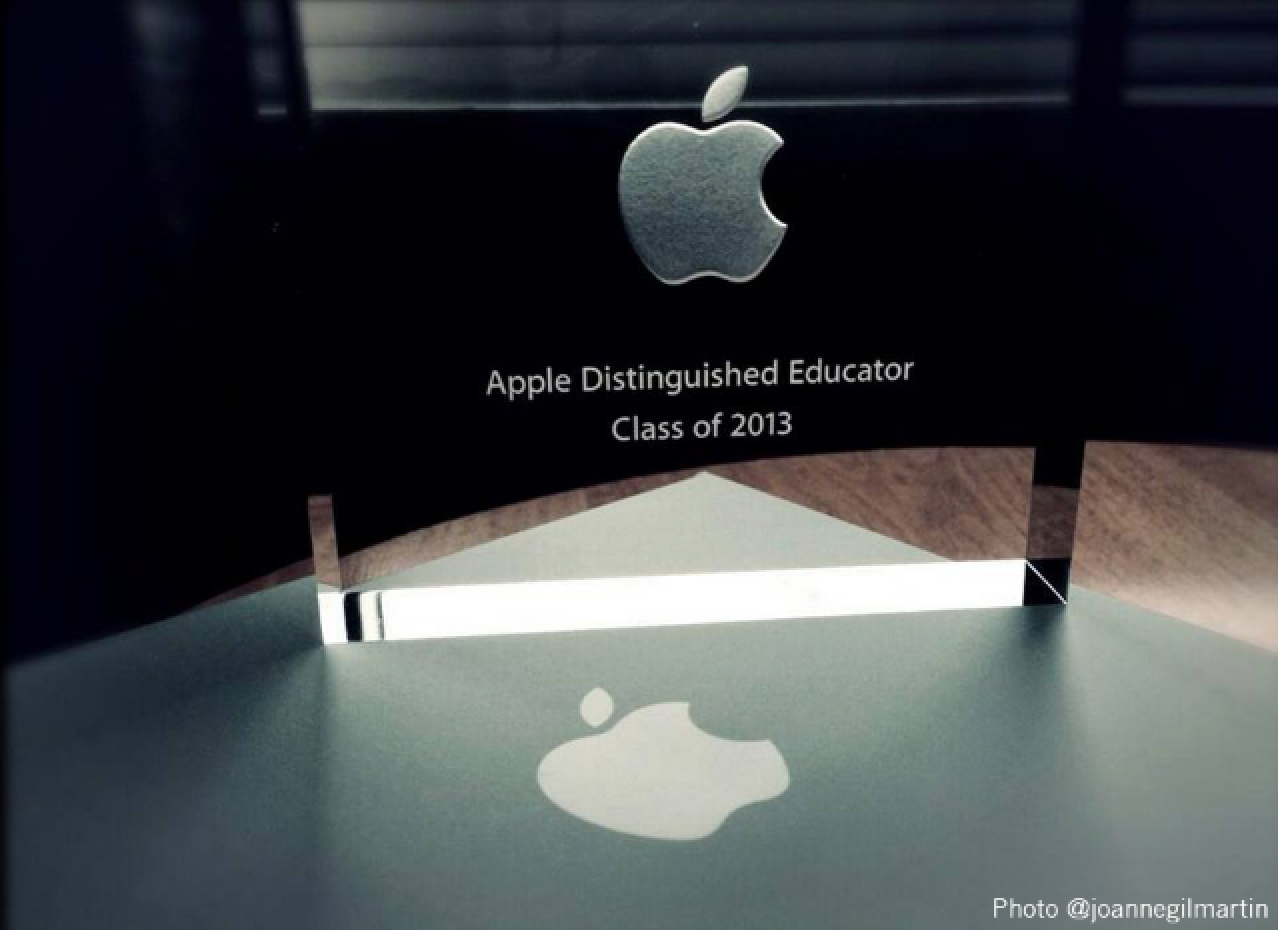