Part 1: Now you have a definition of PLN, the question you need to answer is:

In terms of innovation, can we say a PLN is truly innovative, or merely a rebadging of existing practice? As with many new terms in educational technology, some people find a PLN usefully captures a new development, while others say it is simply a new term for an old practice.

Part 2. Now do the following:

In terms of PLNs I guess they can be informal or formal. Within any workplace there is a learning network of people learning from each other and this would essentially be informal. The same exists in education where students would learn from each other.

In terms of the more formal structure of a PLN this was a concept that was new to me a few years ago but now is one of those everyday phrases. I have a PLN on Twitter, on Facebook, I have informal PLNs at work and also without the education community.

A couple of years ago when I was chosen to become an Apple Distinguished Educator Apple had us form PLNs with fellow ADEs who had similar skills with us. Together as a PLN we then worked on projects. One way that Apple helped us with chosing our PLN was their networking task. We also received an “ADE Passport” and a set of stickers. The task was to fill up our books with stickers of fellow educators. To get a sticker we had to first have a conversation with the educator after which we would each exchange stickers. We were like kids in a playground trading stickers but it worked.

Of course this is not the only PLN and we were never restricted to that. We also have an EMEIA one for teachers in that region, an Irish one for Irish ADEs, and last year we also had team green for those of us who travelled to outings on the ‘green bus’. 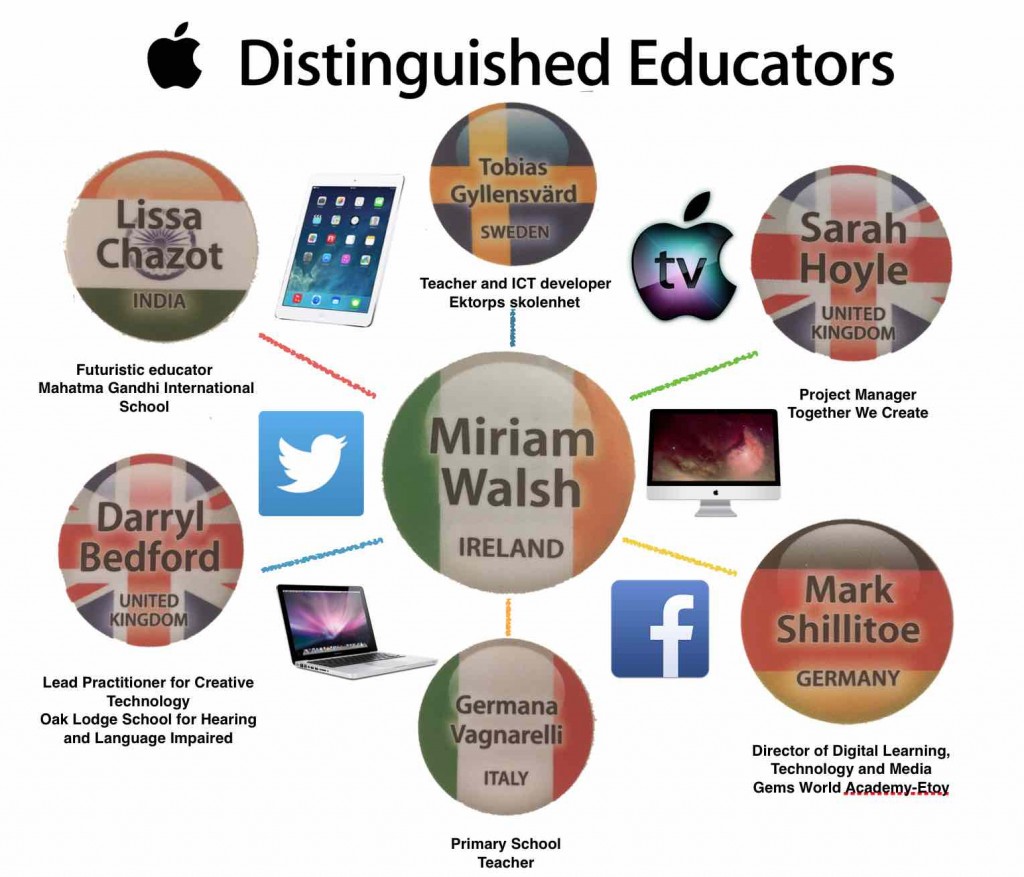