Although I have a Dropbox account which I use constantly on my laptop I rarely used it on my iOS devices and couldn’t see much point as to why I would.

CloudOn App is much more functional than your typical viewer. As well as being able to access DropBox or Google Drive documents you can also edit them in Microsoft Word, Powerpoint or Excel formats. As well as being able to edit existing files the App can also create new files in these same formats that can be saved to your Dropbox or Google Drive and accessed later.

The fact that this App has fully functional versions of Microsoft Office Applications means that you can cut out any other Apps you used for this and have it all in one App.

The best part is unlike other word processing Apps this cloud storage and file creating App is totally free. 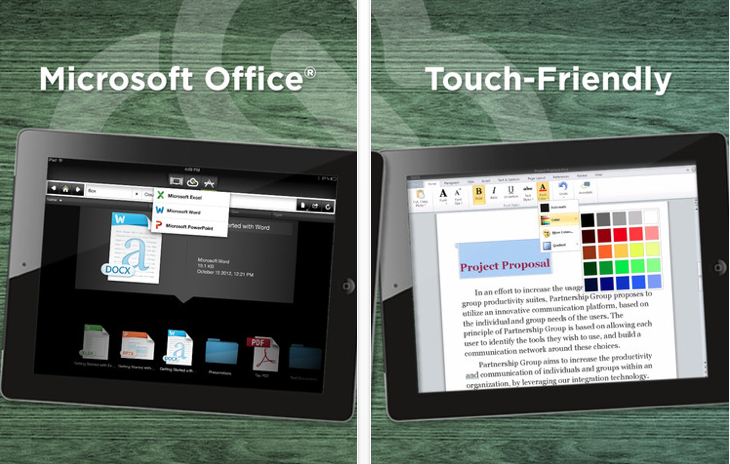