This week I was lucky to be able to try out the Octagon 4D set of apps and cards. As a massive fan of augmented reality I was eager to try these after spotting them at #BETT2017.

Shipping only took a couple of days and there was a good deal if you ordered the full set of cards.

The set I got included Dinosaurs, Space, occupation, and animal themed cards. The animal cards also featured the letters A-7 so would be perfect in a pre-K classroom.

The cards came with a great selection. The dinosaur pack includes lots of different types of dinosaurs and each card features interesting facts, interactivity and audio features. The animal pack was pretty good with some of the cards interacting with food such as the monkey who eats bananas if you put the two cards together.

My favourite set is the occupation set which features a set of jobs again lettered A-Z and each of them have different interactivity features. The X-Ray technician is probably my favourite.

Although I don’t teach K12 or Pre-K the cards were also a big hit with my class of adults who used the cards as inspiration to create some of their own AR card ideas.

Cards can be bought online from Octagon Studio. 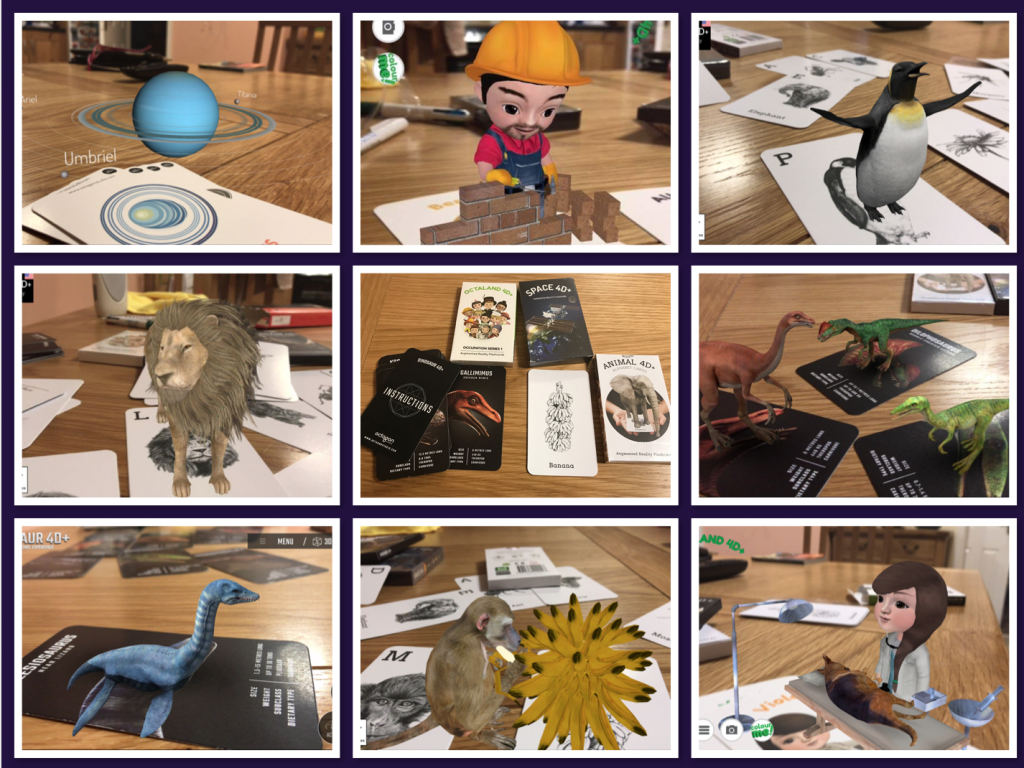 Some of the cards in the series.