Burger Bustle is one of those games where you take a customers order and you have to create it before the customer gets angry. Sure there are tons more out this featuring all kinds of food from donuts to sushi but I think Burger Bustle is probably the most challenging as you have to cook the burgers instead of adding the layers. Many an hour was spent trying to get the mix just right and many burgers were thrown in the bin.
There were two downsides to the game. Firstly the overwhelming craving for burgers while playing it late at night. Hardly, the developers fault but hey they did put the idea of burgers in our heads.
Also I found the game to crash a lot. This has been resolved somewhat but still occurs during regular gameplay periods.

That being said it is definitely worth a try and it free so can’t really complain.
To download it you can visit here. 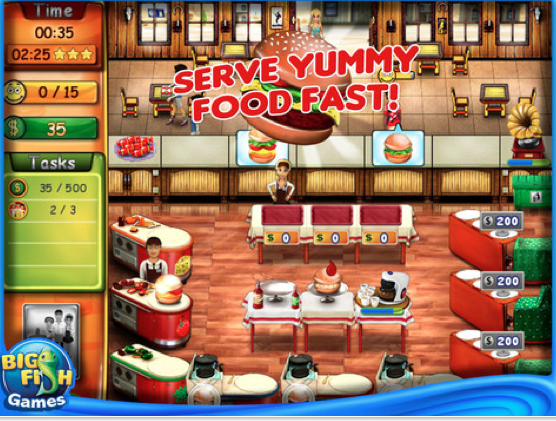