There are several cat apps in the app store right now some are useless, some get a limited reaction and others keep attention that bit longer. I don’t think there is a single app that is a must have if you have a pet but here are a couple.

Paint for Cats by Nate Murray is an app that may not appeal for most. Firstly you need a cat although it does work with dogs too if you don’t mind the possibility of them chewing on your iPad and secondly you need a cat bothered enough to use it.

My older cats aged 11/12 years had no interest in the app. My kitten who is just a few months old loves this app and enjoys prancing about on the screen making creations. We definitely have an artist in the family.  That being said she has just as much if not more fun with leaves and feathers she finds outside which are totally free compared to this app which costs $1.99.

Would I recommend this app? Well for the novelty of having a picture created by your cat I guess so but it is not one that will give your cat hours of entertainment.

To get the app visit here. 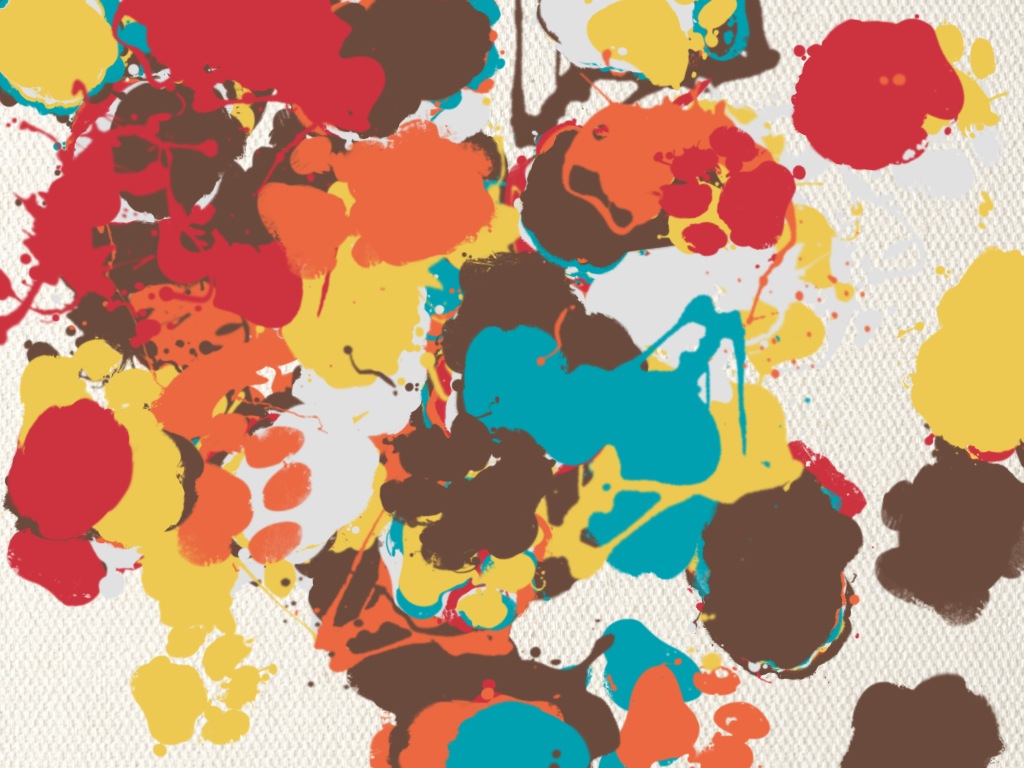 Friskies have created a bundle of apps that are totally free. They range from Jitterbug where the cat tries to catch bugs to Cat Fishing. These apps are well designed and do drive my kitten crazy (again older cats had no interest) However, I have noticed a major design flaw. My kitten plays with the games and loves catching all the bugs or fish but then it tells her that she has reached a new level or top score and in those few seconds that the notification lasts her attention is gone. Why would a cat really care if they gained a top score. Would they be going down the pub with their kitty friends bragging about how they caught the most virtual fish that day? I think not! Without this feature I think the app would be better. That being said I think these apps set a high standard for any other developers considering the cat app market.

To get Jitterbug app visit here 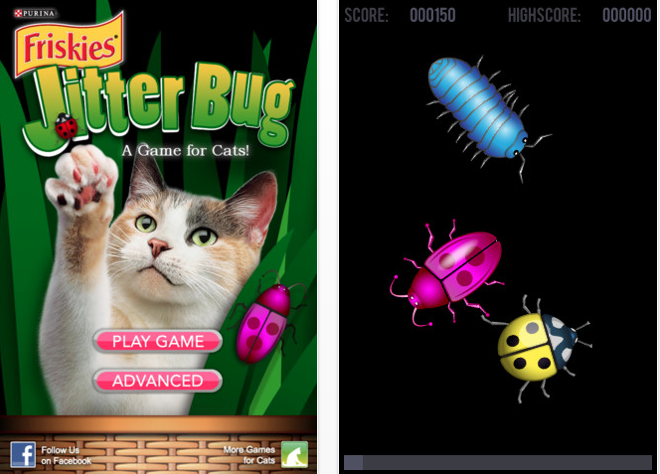