Today I am going to do something a little different. Mac Apps have existed for quite a while now and to be honest  I haven’t explored the store as much as I should have and have often forgotten it exists. That being said here are two little gems that can’t be missed.

The first App is Desktop Curtain. I have had this for about a year and it is the best of the best. I was lucky to get it free at the time because it now costs $4.99 but I can assure you it is worth every cent.
Ok so have you ever worked hard on a presentation for a class or lecture or on a project?  I certainly have with the result being a massive amount of files, screen shots, videos and other crap all over my desktop. After crashing for the night I would forget all about this catastrophe of files until the next day when I go into a class and turn on my laptop to be left red-faced by the mess my desktop is in.

Desktop Curtain is the cure for this. Upon starting up your laptop it does like it says and provides a Desktop Curtain. In other words it displays a wallpaper over your actual interface and as a result it hides the disaster that lies beneath. Your keynote or other files will display perfectly on top and all regular features of the mac and dock are still accessible. This wallpaper can be activated both automatically and manually. You can also change the wallpaper settings so it displays your custom image or photo.

This to me is a genius App which should have been invented years ago.

To check out this App visit here. 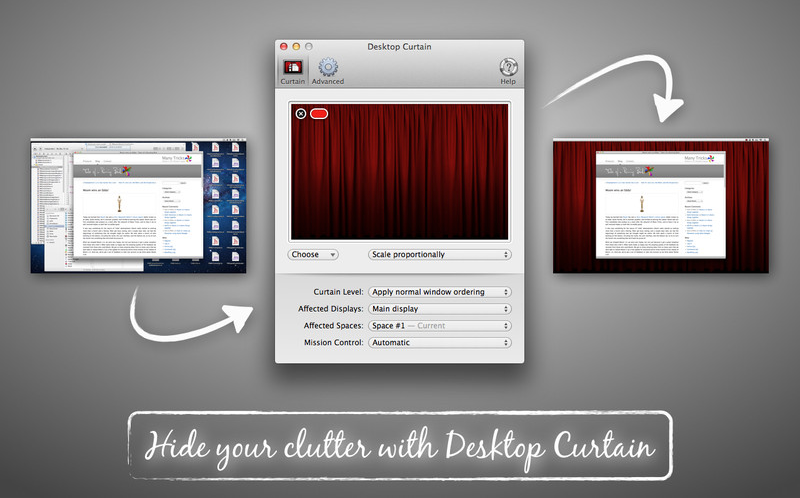 The second App I am going to review is called Live Walllpaper by SquidMelon and is one that I found just a week ago. It doesn’t have the same amazing functions that Desktop Curtain has but it certainly has that like-ability factor.  I must admit when I first launched this app my reaction was WOW. If your desktop happens to be relatively tidy (if not then I would suggest Desktop Curtain) then this works amazingly. It is what it says a live wallpaper. There are tons of amazing images to choose from and they are animated to tell the time, date, location and forecast. My all time favorite wallpaper is one called Polar Clock and it is literally like a clock that moves in circles as the time passes. There are other options like an animated city shot that changes color as the day goes by for example the sky is dark at night and bright in the morning. There are also traditional wallpapers that feature shots of the Eiffel Tower etc.

So if you want something different I would definitely recommend this App it is definitely a change from your traditional wallpapers. One concern I had initially was would it affect the battery life of my laptop but that doesn’t seem to have been the case to date.

You can get the App here. It costs 99cent but I think it’s worth it. 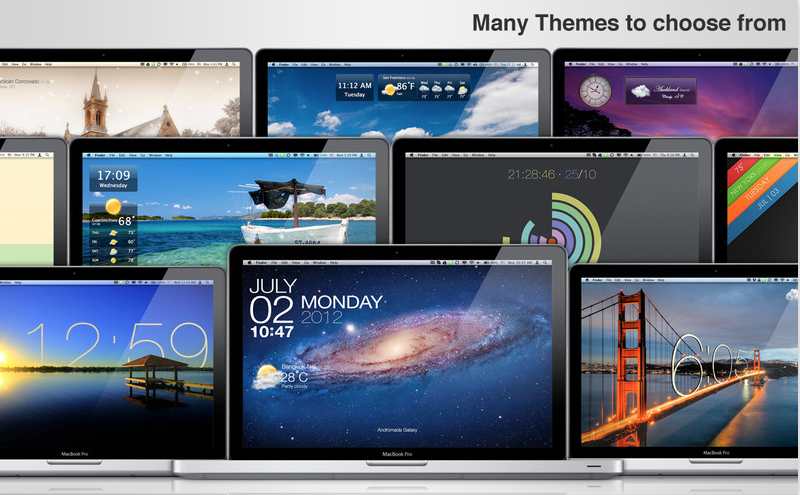